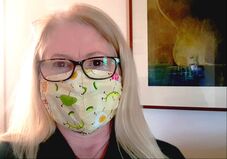 The last of four reflections on the book of Jonah (comprising four short chapters, an easy read in one sitting - Jonah).

Jonah was angry. He said so twice, and so did God. Jonah knew God well. As God had revealed himself to Moses, Jonah concurred as he cited this as the reason he did not want to go to Ninevah!

"I knew that you were a gracious and compassionate God,
slow to get angry and filled with unfailing love and ready to relent from punishing."
(Jonah 4:2b NRSV)

Jonah’s eventual obedience becomes tainted by his reaction to the Ninevites repentance. The story seems to indicate Jonah was looking forward to Ninevah being overthrown! He separates himself from the city waiting to see what will happen and becomes obsessed instead about the living and dying of the bush God has provided for him. And he becomes angry about that!

God’s question about Jonah’s misplaced anger and lack of concern for the city of Ninevah leaves this story open ended. A few Biblical stories do this, which invites us as the reader to ponder our own answer, or what action we would take next. Anger is an emotion that is good to question, why we are feeling it, who or what is it aimed at, and is it justified?

God’s grace in this little book shines through, as not only the Ninevites but also those sailors from chapter 1 turn to God. God is also gracious with Jonah, giving him a second chance, and even a third as we leave them in the midst of their heated discussion!

God be with you.
Jennie​ 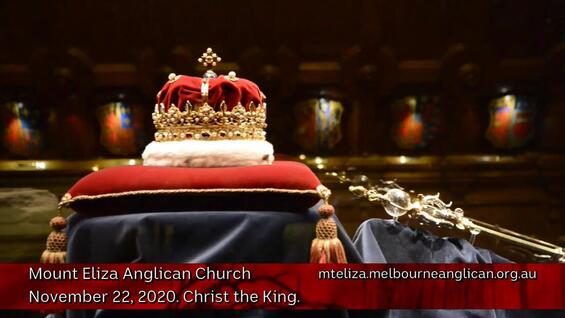 Each week, in addition to the video of Rev Jennie doing Opening Prayers and Holy Communion, Sam and Sav work hard putting together a short All Age video.

This week:
Christ the King — a crown, a palm branch, a donkey, a bowl, a towel...
​
​The weekly video can be accessed on the Children's Ministry Page, or for them all, on our YouTube page where all of our videos to date are available to view, including the Sunday Service Opening Prayers and Holy Communion videos that have been done to date!
Regarding Physical Services from 9 July, 2020, indefinitely